Do You Know What’s in Your Wine?

I love a nice glass of wine on the weekend as much as the next person, but recently my local wine purveyor posed the question – do you know what’s in your wine? So, it got me thinking… 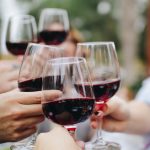 Wine is something we ingest, and like food, it can be more or less wholesome, more or less manipulated, and more or less healthy. It has become so routine to look at the list of ingredients on the back of most foodstuffs, but with wine, we can’t, there’s no such label. Without the slightest thought, we swill it down. But if we think about it, wine, much like bread, beer and milk, has undergone a similar over-commercialized fate (and a natural revival).

The development of synthetic chemical treatments such as fungicides, pesticides, herbicides, insecticides and fertilizers, were all created to help farmers protect their crops, including grapes, which are especially fragile. In 2000, a French government report noted that vineyards used 3% of all agricultural land, but 20% of the total pesticides. In 2013, a study found traces of pesticides in 90% of wines available in French supermarkets.

According to the World Wildlife Fund, the amount of pesticides on fields has increased 26-fold over the past 50 years. Vineyards in particular play a huge part, with the use of pesticides on European vineyards having increased by 27% since 1994, according to the Pesticide Action Network. PAN states that “grapes now receive a higher dose of synthetic pesticides than any other major crop, except citrus”. Two separate studies by PAN (in 2008) and the French consumer organization UFC-Que Choisir (in 2013) found pesticide residues in the wines they tested. While the totals were tiny (measured in micrograms per litre), they were none the less significantly greater (sometimes 200 times higher) than the accepted standard for United Kingdom drinking water. Some of the residues were even carcinogenic, developmental or reproductive toxins, or endocrine disruptors. Given that wine is 85 percent water, it makes you start to wonder!

Pesticides aside, over 70 groups of additives are permissible in Australia. These range from simple things like water, sugar, and tartaric acid, to the more obscure tannins, gelatine, phosphates, colourants, polyvinylpolypyrrolidone (PVPP), dimethyl carbonate, acetaldehyde, and hydrogen peroxide. Animal derivatives are also used, including albumin and lysozyme (from eggs), casein (from milk), trypsin (extracted from the pancreas of pigs and cattle) and isinglass (an extract from the dried swim bladders of fish).

Sulphites, a common wine additive, can be derived from sulphur, but more commonly sulfiting agents are by products of the petrochemical industry. The World Health Organisation recommends that only 0.7mg of sulphites should be consumed per 1 kg of weight per day. It means that an adult of 70kg weight, who bought organic wine that contains 30mg naturally occurring sulphites can have a up to half bottle. Conventional wines containing over 150 mg to 600 mg would mean even a small glass could have a negative effect on your health.

Natural winemaking ensures that the wine you drink has no artificial chemicals or harmful pesticides. No last-minute flavouring, colour adjustments or added sulphites. Natural wines made with minimal intervention or no intervention in the winery means maximum synchronisation with nature. It maximises nutrients and antioxidant levels, in addition to no nasty pesticide residue into your body.

Wine may have started out as a simple drink, made using traditional methods, but like so many foods has become over time, large scale and industrialized. This itself isn’t unusual, it’s just that our idea of how wine is made hasn’t really changed. We are still under the impression wine is made by the local farmer with as little intervention as possible.

So, if you’re looking for a wine with minimal intervention from the wine makers and no additives, and if you ask me delicious and a little more interesting, try out my favourite natural wine store below. With a natural wine you will feel much better the next morning!

Wise Child – North Fremantle
A family-run business that stocks exclusively Australian minimal intervention and natural wines. They are super friendly, have great taste in wine and pass no judgement if you know almost nothing about wine (like yours truly!). Live too far north? You can order online, and they’ll deliver, but they’re definitely worth a visit. 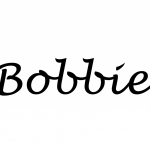