Do you suffer from unexplained weight gain, unwanted hair, acne and an erratic cycle? Find out what could be the cause. 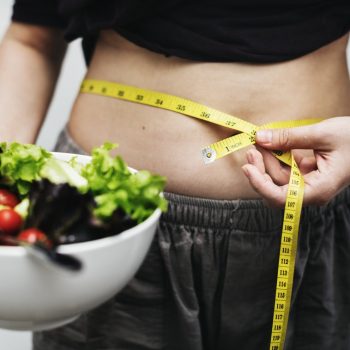 Our understanding of Polycystic Ovarian Syndrome (PCOS) is constantly expanding and changing. No longer is it a syndrome defined only by the presence of multiple cysts on the ovaries; in fact, ironically, the presence of cysts is not even required for diagnosis anymore.

It’s important to know that because PCOS is a ‘syndrome’, it means it is not a black and white condition. Whilst there are a constellation of symptoms that fall into the PCOS picture, its symptoms and severity can manifest differently amongst women and can therefore sometimes be missed in certain women. We will likely see what we now know as PCOS, being broken down into sub-categories or sub-syndromes, rather than just one broad picture as it is now.

PCOS is thought to affect up to 20% of the female population and yet there is still so much confusion and misinformation out there.

Here are some of the signs and symptoms of PCOS:

Raised insulin and subsequent insulin resistance is a key feature in PCOS. Problems with managing insulin results in the deposition of fat around the abdomen. If you struggle to budge weight, put on weight easily or carry your weight around your tummy, then insulin could be driving all of these things.

We check all of our patients who have excessive abdominal fat with specific blood tests to measure their insulin levels. It is also important to know that Australian labs used to recognise insulin levels over 10 mU/L as ‘high’, but due to a population that is increasingly becoming more insulin resistant, higher levels are now being recognised as being ‘normal’ by some labs, with 20 mU/L being the new upper limit. This sadly just reflects a population that is getting fatter! Clinically, anything over 10 mU/L is too high and is likely contributing to many of your PCOS symptoms. We like to see insulin in an optimal range for our patients and we then implement a number of strategies to improve insulin levels.

A hallmark feature of PCOS, is elevated androgens (the group of hormones which testosterone belongs to). Acne in PCOS is a physical sign of excessive androgens as these androgens cause increased sebum production. This combined with bacterial colonisation can result in moderate to severe acne that usually presents along the jawline.

Androgens are responsible for hair growth in areas typically associated with male-pattern hair growth, such as on the chin, chest, abdomen, upper lip and arms. This doesn’t include fine hairs but instead describes thicker and darker hairs. The medical term for this is hirsutism and if you are experiencing any hair growth in these areas it’s important to be checked for PCOS.

It can be normal in the first few years of your menstruating life to have irregular periods because the brain is still establishing its communication with the ovaries. It should however eventually establish as a regular cycle. If you move into your early twenties and still don’t have a regular cycle then PCOS could be underlying this. Many women with PCOS don’t ovulate or have very infrequent ovulation. For women with PCOS, cycle irregularity can often be worse during times of stress or when experiencing weight gain.

As mentioned before, high androgens cause excessive sebum production which can manifest as both oily skin and dandruff due to a buildup of sebum on the scalp.

High androgens can also contribute to hair loss on the scalp, a condition that many women find very upsetting. In the case of hair loss, testosterone is converted to dihydrotestosterone (DHT) which is a stronger androgen. DHT damages the hair follicles and results in varying degrees of hair loss.

Hair loss can be caused by a number other conditions or nutrient deficiencies so if you are losing more hair than you think is normal, it is important to do a full investigation to find the cause.

Many of the symptoms associated with PCOS can be quite distressing and can take their toll on mental health. Hormonal imbalances, blood sugar dysregulation, inflammation and increased stress are other contributing factors to depression and anxiety in PCOS sufferers.

Skin tags are small growths of skin that are small and skin-coloured. They are caused by insulin resistance and appear commonly on the chest, neck or abdomen.

Another skin change that occurs due to insulin resistance is a potential darkening or discolouration of the skin, particularly in areas of the skin where there are creases. It is known as acanthosis nigricans and it can greatly be improved by reducing insulin resistance.

Additionally, insulin resistance results in fatigue because instead of glucose being used as fuel in the cells to give you energy, that energy is being stored as fat and this leaves you feeling exhausted all or most of the time!

As ovulation is a vital step in the conception process, when a woman is not ovulating, or only ovulating occasionally then fertility issues arise.

It’s important to note that with natural support and education, more regular ovulation can be established and the fertility of women with PCOS can be greatly improved.

At Perth Health & Fertility we fully investigate any of the symptoms discussed above to determine if PCOS may be a factor.

Both diet and lifestyle changes are the gold standard treatment approach to managing PCOS symptoms and this is where we begin treatment. Natural medicine has amazing tools such as herbs and nutrients that, when combined with fundamental diet and lifestyle changes, can help to reduce androgen levels, improve cycle regularity, promote ovulation, reduce insulin resistance and correct underlying hormonal imbalances, to overall reduce the incidence and severity of PCOS signs and symptoms.